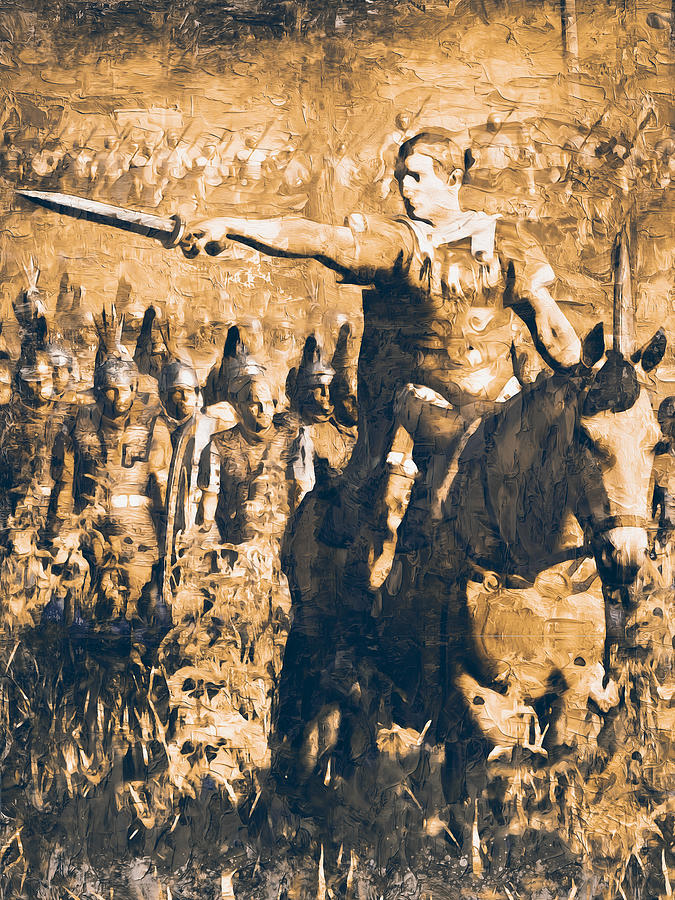 Gaius Julius Caesar was a military man, consul, dictator, maximum pontiff, orator and Roman writer, considered one of the most important and influential figures in history.
It played a crucial role in the transition of the system of government from republican to imperial. He was dictator (dictator) of Rome at the end of 49 BC, in 47 BC, in 46 BC. with a ten-year charge and from 44 a.C. as perpetual dictator, and therefore considered by Suetonius the first of the twelve Caesars, later synonymous with Roman emperor.
With the conquest of Gaul extended the dominion of the Roman public res extends to the Atlantic Ocean and the Rhine; led the Roman armies to invade Britain and Germany for the first time and to fight in Spain, Greece, Egypt, Pontus and Africa.
The first triumvirate, the private agreement for the division of power with Gnaeus Pompey Magnus and Marcus Licinius Crassus, marked the beginning of his ascent. After the death of Crassus (Carre, 53 BC), Caesar clashed with Pompey and the optimates faction for state control. In 49 BC, returning from Gaul, he led his legions through the Rubicon, pronouncing the famous words "alea iacta est", and unleashed the civil war, with which he became the undisputed leader of Rome: he defeated Pompey at Farsalo (48 BC) and subsequently the other optimates, including Cato l'Uticense, in Africa and in Spain.
With the assumption of a life dictatorship, he began a process of radical reform of society and government, reorganizing and centralizing the republican bureaucracy. His work provoked the reaction of the conservatives, until a group of senators, led by Marco Giunio Bruto, Gaius Cassius Longinus and Decimus Brutus, conspired against him, killing him, at the Ides of March 44 BC. (March 15, 44). In 42 BC, just two years after his assassination, the Senate officially deified him, elevating him to deity. Caesar's reforming and historical legacy was then collected by Octavianus Augustus, his great-grandson and adopted son.
Caesar's military campaigns and political actions are detailed in detail in the Commentarii de bello Gallico and in the Commentaries on beautiful civilians. Numerous news about his life are present in the writings of Appiano of Alessandria, Suetonius, Plutarch, Cassio Dione and Strabo. Other information can be traced in the works of his contemporary authors, as in the letters and prayers of his political rival Cicero, in the poems of Catullus and in the historical writings of Sallust.

Congratulations on your sale of this wonderful artwork! Fl