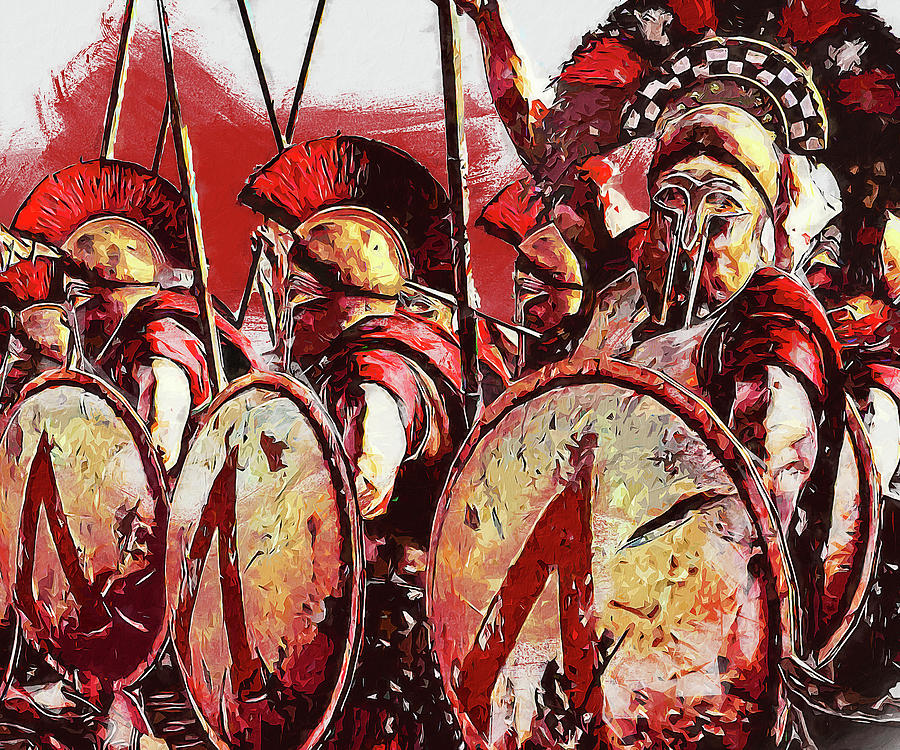 The Spartiates considered themselves the only true hoplites.

In fact, the children were educated in the war and the use of weapons by a special structure desired by Licurgo and defined agoghé.

This system was introduced to Lacedemone around 669 BC. after having suffered a severe defeat by Argo, a forerunner of the use of the phalanx and the consequent revolt of Mexico. The order that followed, the eunomia, allowed the affirmation, on the military first and then on the social one, of the Spartan elite. The equals, "homoioi", lived only for the war and politics, the humble jobs were entrusted to the laotics.

Doric were the only inhabitants of the city who held civil and political rights, had the obligation to cultivate the art of war and participate in the syssitia. The literal meaning was "community of meals": it was common meals to which it was strictly forbidden to miss, but they were not mere banquets, the value of sissizi was almost sacral in nature, since it strengthened the bonds between the Spartiates. To the spartiates it was forbidden any form of commercial activity to which the perieci were dedicated, who participated in the war alongside the hoplite hoplites as light hoplites or members of other contingents, while the Iloti, worked the land of the Spartiates, and were obliged to serve the Spartan "gentlemen" in war accompanying them by bringing them the panoplia and the provisions (and in rare cases late, they were armed for the war also as hoplites).

Spartan hoplites were not only famous for training and discipline, but also for the way of fighting; for example, they alone opened up hostilities by marching in rhythm to the music of the flutes (the flute players, within the Spartan society, enjoyed particular respect) instead of an often disordered charge.