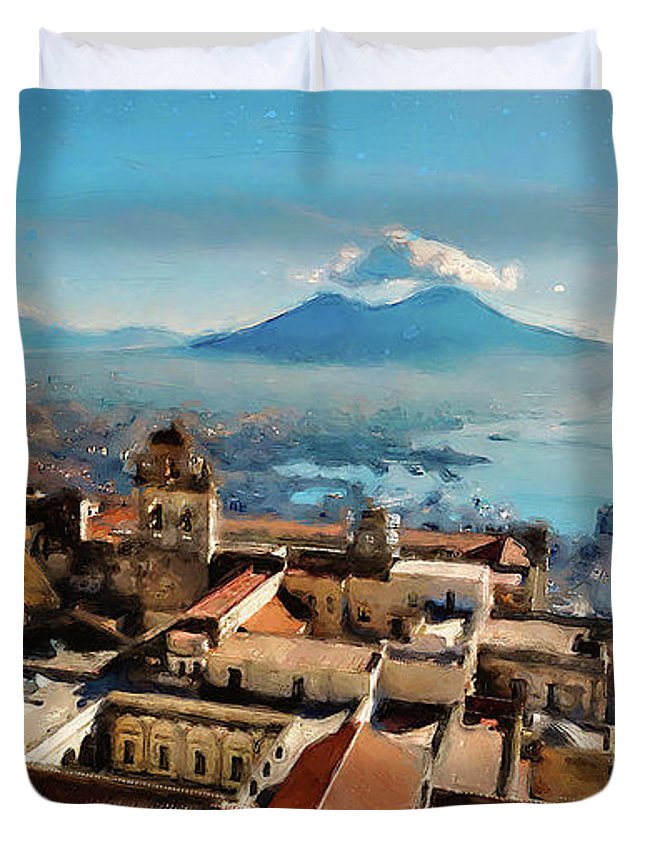 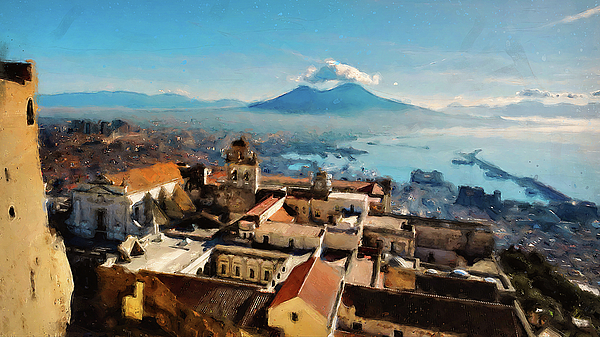 Queen duvet cover (88" x 88") featuring the image "Vesuvio, panorama from Naples - 03" by AM FineArtPrints. Our soft microfiber duvet covers are hand sewn and include a hidden zipper for easy washing and assembly. Your selected image is printed on the top surface with a soft white surface underneath. All duvet covers are machine washable with cold water and a mild detergent.

Vesuvio, panorama from Naples - 03 by Andrea Mazzocchetti Vesuvius is a volcano located in Italy, in a dominant position compared to the Gulf of Naples. It is one of the two active volcanoes of continental Europe and one of the most studied and dangerous in the world due to the high population of the surrounding areas and its explosive characteristics. The name Vesuvius is presumably of Indo-European origin, from a base * aues, "illuminare" or * eus, "burn". According to others the name derives from Vesbio captain of the Pelasgi who dominated that territory. However, there are some folk etymologies: since in ancient times it was believed that the Vesuvius was consecrated to the semic hero Hercules, and the city of Herculaneum, at its base, took its name from it, it was believed that even the volcano, albeit indirectly traesse origin from the name of the Greek hero. In fact, Hercules was the son that the god Jupiter had had from Alcmena, queen of Thebes. One of the epithets of Jupit...