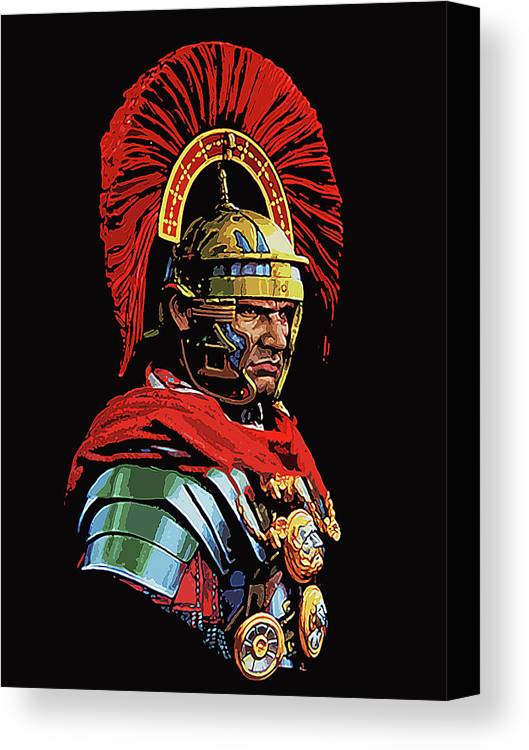 Roman Centurion Portrait canvas print by AM FineArtPrints.   Bring your artwork to life with the texture and depth of a stretched canvas print. Your image gets printed onto one of our premium canvases and then stretched on a wooden frame of 1.5" x 1.5" stretcher bars (gallery wrap) or 5/8" x 5/8" stretcher bars (museum wrap). Your canvas print will be delivered to you "ready to hang" with pre-attached hanging wire, mounting hooks, and nails.

Congratulations! I wish you next sell in near future!

Roman Centurion Portrait by Andrea Mazzocchetti A centurion of the Roman army, one of the most important and efficient military organizations in history. It is an officer who had one of the most important degrees within the Roman army: he was in fact at the head of a centuria, a group of soldiers ranging from about 80 to 100 men. It can be compared to modern intermediate grade officers. In the Roman army the most important was the centurion of the first hand piece of the first Cohort, also called Primus Pilus. They were brave soldiers, capable in battle and in commanding and motivating men, absolutely necessary for any general of the age who wanted to succeed in battle.