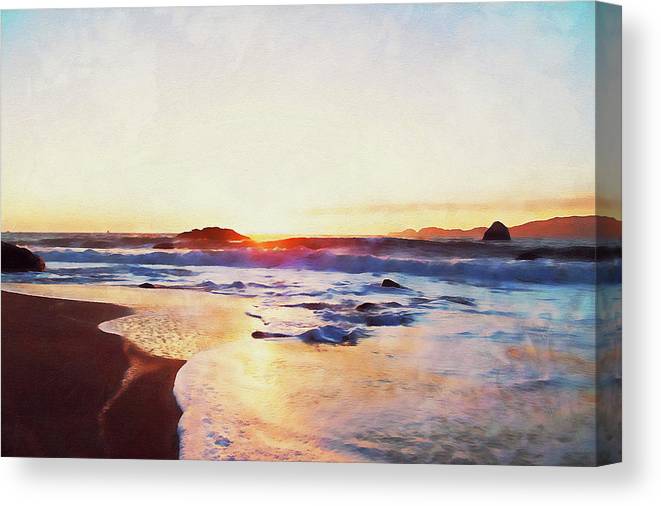 Daytona Beach - 09 canvas print by AM FineArtPrints.   Bring your artwork to life with the texture and depth of a stretched canvas print. Your image gets printed onto one of our premium canvases and then stretched on a wooden frame of 1.5" x 1.5" stretcher bars (gallery wrap) or 5/8" x 5/8" stretcher bars (museum wrap). Your canvas print will be delivered to you "ready to hang" with pre-attached hanging wire, mounting hooks, and nails.

Daytona Beach - 09 by Andrea Mazzocchetti Daytona Beach is a municipality in the United States of America, in the county of Volusia, in the State of Florida. The city is known for motor events, it hosts the "Daytona International Speedway" and the old "Daytona Beach Road Course", and today large groups of tourists and enthusiasts reach the city for various events, in particular the Speedweeks in early February where more than 200,000 fans of the NASCAR championship gather to participate in the season-opening Daytona 500. Other important events are the NASCAR Pepsi 400 race in July, the Bike week in March, the Biketoberfest in October and the Black College Reunion in March and April. In the past, Daytona was a meeting place for spring breakers, to be replaced by other sites, such as Panama City. Numerous films were shot on the popular beach, including Richard Rush's Thunder Alley.