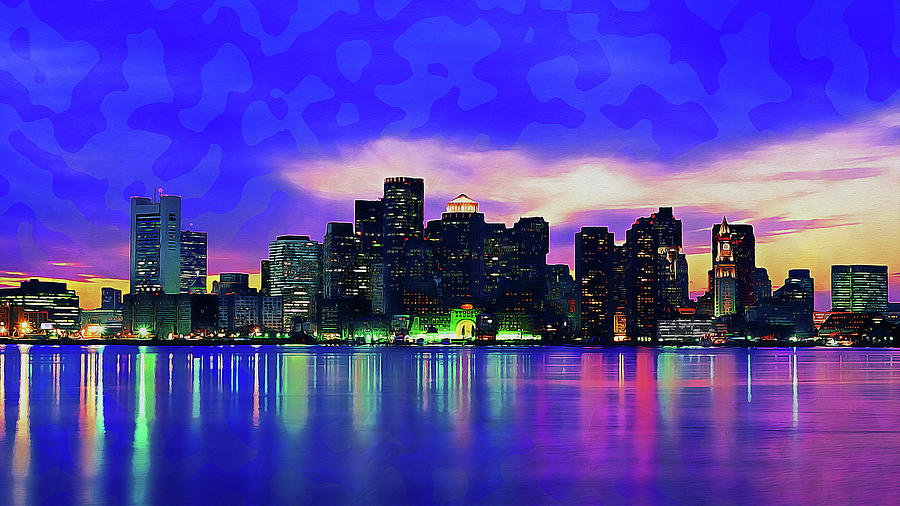 Boston is a city in the United States of America, the county seat of Suffolk and the capital of the Commonwealth of Massachusetts. It is the largest city in the State and New England as well as the most important economic and cultural center. In 2010 it had an estimated population of 617 594 inhabitants which makes it the twenty-first largest city of the federation. The city is the hub of a larger metropolitan area called Greater Boston which is home to 4.5 million people and is the country's tenth largest metropolitan area.

One of the oldest cities in the United States, Boston was founded on the Shawmut Peninsula in 1630 by a group of Puritan settlers from England. It was the scene of numerous events of the American Revolution, such as the Boston Massacre, the Boston Tea Party, the Battle of Bunker Hill and the siege of Boston. Through the reclamation and municipal annexation, Boston has expanded beyond the original peninsula. After American independence from Britain, Boston continued to be an important port and manufacturing center, as well as a center for education and culture.

Many colleges and universities in the area make Boston a world-class university and higher education center. The basics of the city's economy include finance, professional and economic services and government activities. The city has one of the highest living costs in the United States, although it remains at the top of the most livable cities.