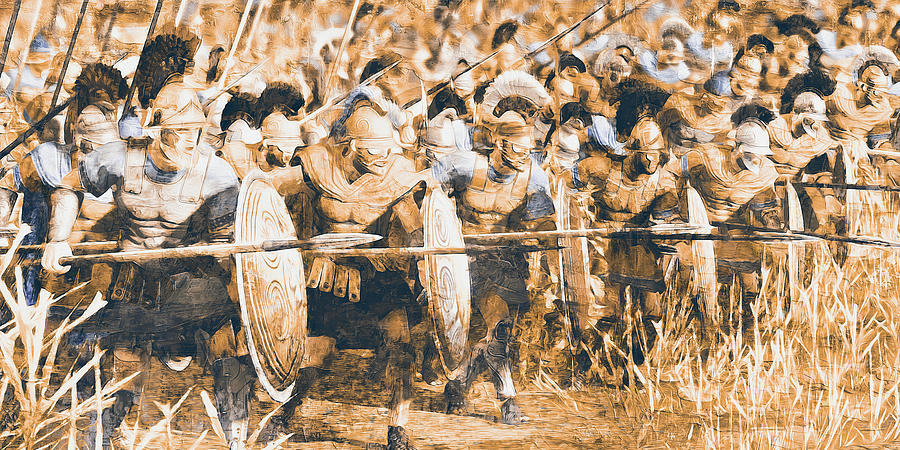 A hoplite (from ta hopla meaning tool or equipment) was the most common type of heavily armed foot-soldier in ancient Greece from the 7th to 4th centuries BCE, and most ordinary citizens of Greek city-states with sufficient means were expected to equip and make themselves available for the role when necessary.

Athens had a system of compulsory military service for 18-20-year-olds, but during a war, all male citizens up to the age of 60 could be called up to the armed forces. Other city-states followed a similar policy which meant that hoplites were not professional soldiers and often lacked sufficient military training, although some states did maintain a small elite professional unit, the epilektoi. The most famous of these was the Sacred Band of Thebes, a unit composed of 150 pairs of male lovers who swore to defend their partner to the death. Sparta, where all male citizens over 20 were members of a permanent professional army, was the notable exception to this approach of only calling up an army when absolutely needed. (Source: Ancient.eu)