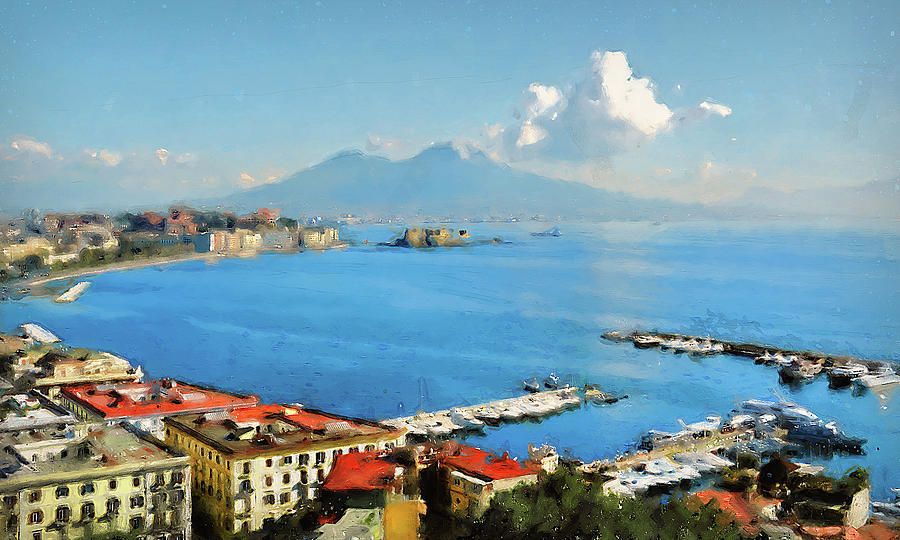 Vesuvius is a volcano located in Italy, in a dominant position compared to the Gulf of Naples. It is one of the two active volcanoes of continental Europe and one of the most studied and dangerous in the world due to the high population of the surrounding areas and its explosive characteristics.

The name Vesuvius is presumably of Indo-European origin, from a base * aues, "illuminare" or * eus, "burn". According to others the name derives from Vesbio captain of the Pelasgi who dominated that territory.

However, there are some folk etymologies: since in ancient times it was believed that the Vesuvius was consecrated to the semic hero Hercules, and the city of Herculaneum, at its base, took its name from it, it was believed that even the volcano, albeit indirectly traesse origin from the name of the Greek hero. In fact, Hercules was the son that the god Jupiter had had from Alcmena, queen of Thebes. One of the epithets of Jupiter (Zeus in ancient Greece) was Ὕης, Hýēs, meaning "he who makes it rain". Thus Hercules would become Ὑήσου υἱός, ​​Hyḗsou hyiós (pronounced [hyːɛːsuː hʏɪos]), ie the "son of Hýēs", from which the Latin Vesuvius (pronounced [wɛsʊwɪʊs]) would be derived.

A popular tradition of the end of the seventeenth century instead would like the word to derive from the Latin word Vae suis! ("Woe to his!"), Since most of the eruptions hitherto happened, had always preceded or postponed important historical events, and almost always full of misfortunes for Naples or Campania. An example above all: the eruption of 1631 would have been the natural "warning" of the motions of Masaniello of 1647. In the Neapolitan poems on Vesuvius in the late nineteenth century you can find the Vesuvius called the Mountain (with the article and the letter M in uppercase) to indicate its greater importance than the others.

Congratulation on sale announcement and great.