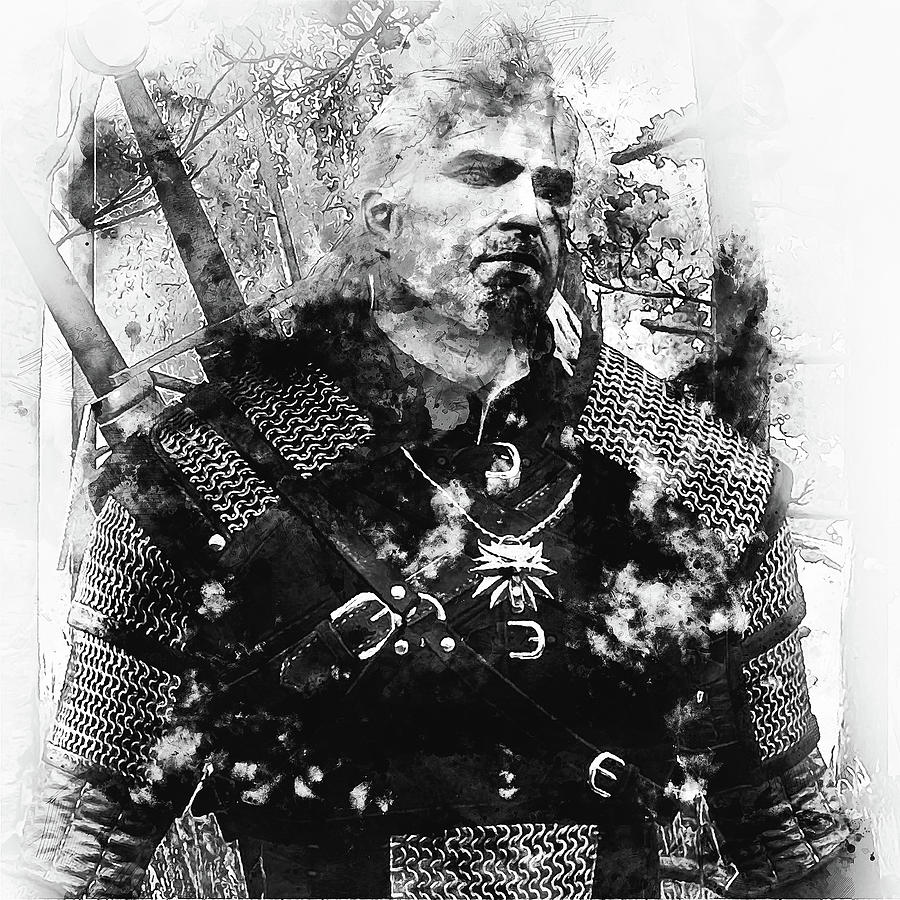 The White Wolf - 02 by Andrea Mazzocchetti

Geralt of Rivia, also known as Gwynnbleid (term in Old Language means "White Wolf", given to him by the Dryads), Vatt'ghern (name given to him by the elves) and the "Blaviken Executioner", is a witcher and the protagonist of the series of books and stories written by Andrzej Sapkowski. Geralt is also the protagonist of the various subsequent adaptations: the video games for PC, Xbox 360 and PS4 of the Trilogy The Witcher, a series in Fumetti, a TV series titled The Hexer (never released in Italy) and the table role-playing game Wiedźmin : Gra Wyobraźni.

Despite the name "of Rivia", Geralt does not really come from this land. All the young witchers were encouraged by the master Vesemir to create nicknames for themselves, to make their names seem more credible. Geralt's first choice was "Geralt Roger Eric du Haute-Bellegarde", but that name was rejected by Vesemir as a fool and pretentious.

Later, Queen Meve of Lyria and Rivia knighted him for his valor shown in war and allowed him to adopt the title "of Rivia" in his name.

Geralt is the son of the sorceress Visenna and a warrior named Korin. Shortly after his birth, his mother took him to the witcher's fortress, Kaer Morhen (in the Old Tongue Caer a'Muirehen which means "Ancient Marine Fortress"). Geralt survived the changes in the Herbal Test, thanks to which he gained superhuman physical abilities, incredible reflexes, speed, strength and increased hearing. For this reason, he was admitted to undergo the other tests and was one of the few to survive. His white hair, devoid of any pigment, was a consequence of the mutation. After completing his witcher training, he began wandering the world on his horse, called Rutilia (a name he gave to every new horse he had) and became a hunter of mercenary monsters. His adventures earned him a series of nicknames including, for example, "Lupo Bianco" and "Carnefice di Blaviken".