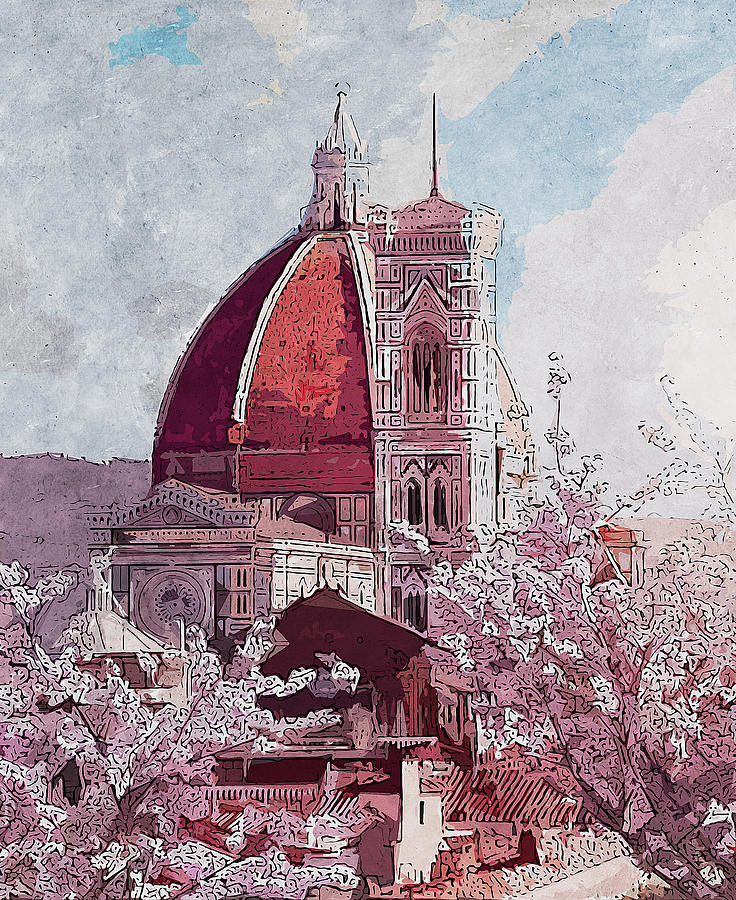 Florence in the Middle Ages was an important artistic, cultural, commercial, political, economic and financial center. In the modern age it was the capital of the Grand Duchy of Tuscany, from 1569 to 1859, with the government of the Medici and Lorraine families.

In 1865 Florence was proclaimed capital of the Kingdom of Italy (second, after Turin). The city maintained this status until 1871, the year that marked the end of the Risorgimento.

Important university center and UNESCO World Heritage Site, it is considered a place of origin of the Renaissance and is universally recognized as one of the cradles of art and architecture, as well as renowned as one of the most beautiful cities in the world, thanks to its numerous monuments and museums - including the Duomo, Santa Croce, the Uffizi, Ponte Vecchio, Piazza della Signoria and Palazzo Pitti.

The Metropolitan Cathedral of Santa Maria del Fiore, commonly known as the Duomo of Florence, is the main Florentine church, symbol of the city and one of the most famous in Italy; when it was completed, in the fifteenth century, it was the largest church in the world, while today it is the third in Europe after San Pietro in Rome and San Paolo in London. It stands on the foundations of the ancient cathedral of Florence, the church of Santa Reparata, in a point of the city that has housed buildings of worship since Roman times.

The construction of the Duomo, ordered by the Florentine Lordship, began in 1296 and ended from a structural point of view only in 1436. The initial work was entrusted to the architect Arnolfo di Cambio and then interrupted and resumed numerous times over the decades (by Giotto , Francesco Talenti and Giovanni di Lapo Ghini). At the completion of Brunelleschi's dome followed the consecration by Pope Eugenius IV on March 24, 1436. The dedication to Santa Maria del Fiore took place in progress, in 1412.

The plan of the Duomo is made up of a three-aisled basilica body welded to a huge tricone fl ag that supports the immense dome of Brunelleschi, the largest masonry dome ever built. Inside you can see the largest surface ever decorated with fresco: 3600 m², executed between 1572-1579 by Giorgio Vasari and Federico Zuccari. At the base of the marble lantern, there is a panoramic terrace overlooking the city 91 meters from the ground. The facade of the Cathedral in polychrome marble is of modern age, dating back to 1887 by Emilio de Fabris and is an important example of neo-Gothic style in Italy.

It is the cathedral of the Archdiocese of Florence and can hold up to thirty thousand people. He has the dignity of a minor basilica