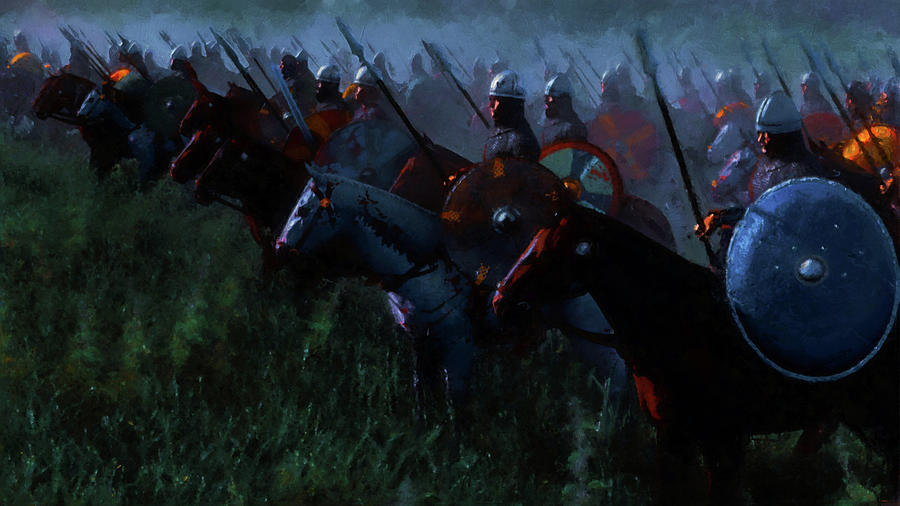 The Middle Ages saw the development of new modes of warfare encompassing both pitched battles and siege warfare. Then as now the western world was engaged in an arms race. New weapons technology prompted new defensive technologies, for example the introduction of cross-bows led quickly to the adoption of plate armour rather than chain mail.

During the Dark Ages Christendom had largely abandoned the sophisticated techniques of Classical times, arguing that anything not mentioned in the bible was of satanic origin and that God would ensure victory for his faithful followers.

Along with the scientific advances, military techniques had been abandoned and forgotten. This affected building as well as weaponry. For example the Greeks and Romans had used iron ties to join blocks of stone together. Knowing the effects of rust they encased the iron in lead so that it did not rust, and stonework using this technique survives intact today. Medieval builders did not know about the lead protection and used iron ties that rusted, expanded and fractured the surrounding stone.

So it was with military engines like the balista and military techniques like the Romans' famous tortoise. So too, ancient techniques for making quick-setting concrete and prefabricated defences were forgotten.

To some extent the development of the Renaissance and the Enlightenment is the story of the rediscovery of ancient techniques. (Source: http://www.medievalwarfare.info/)