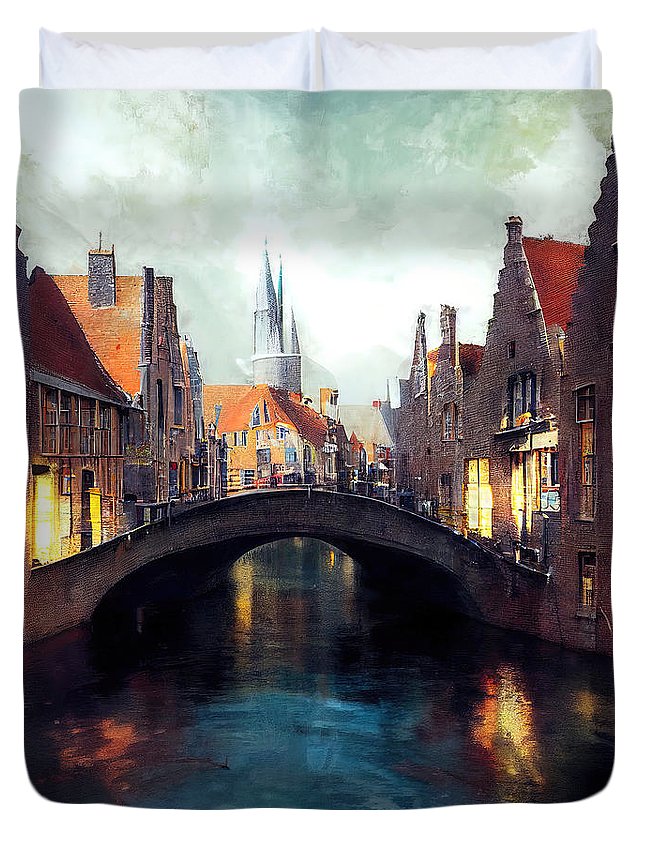 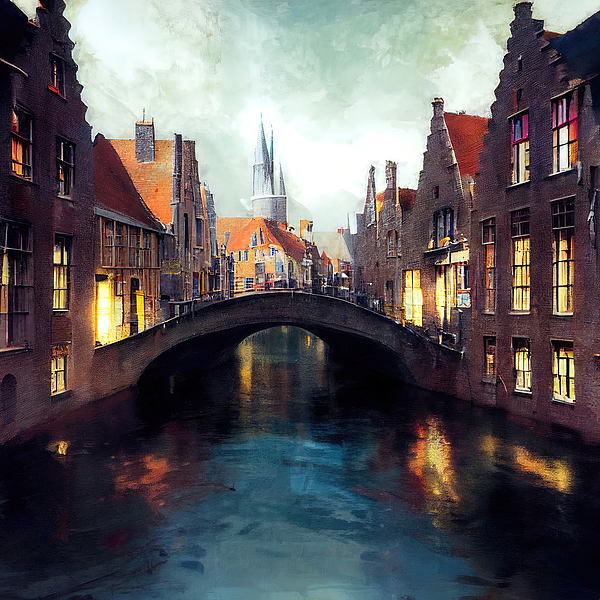 Queen duvet cover (88" x 88") featuring the image "Bruges, Belgium - 16" by AM FineArtPrints. Our soft microfiber duvet covers are hand sewn and include a hidden zipper for easy washing and assembly. Your selected image is printed on the top surface with a soft white surface underneath. All duvet covers are machine washable with cold water and a mild detergent.

The Historic Centre of Brugge is an outstanding example of an architectural ensemble, illustrating significant stages in... more

Bruges, Belgium - 16The Historic Centre of Brugge is an outstanding example of an architectural ensemble, illustrating significant stages in the commercial and cultural fields in medieval Europe.Brugge in medieval times was known as a commercial metropolis in the heart of Europe.The city reflects a considerable exchange of influences on the development of art and architecture, particularly in brick Gothic, which is characteristic of northern Europe and the Baltic. This architecture strongly determines the character of the historic centre of the city.In the 15th century, Brugge was the cradle of the Flemish Primitives and a centre of patronage and painting development for artists such as Jan van Eyck and Hans Memling. Many of their works were exported and influenced painting styles all over Europe. Exceptionally important collections have remained in the city until today.