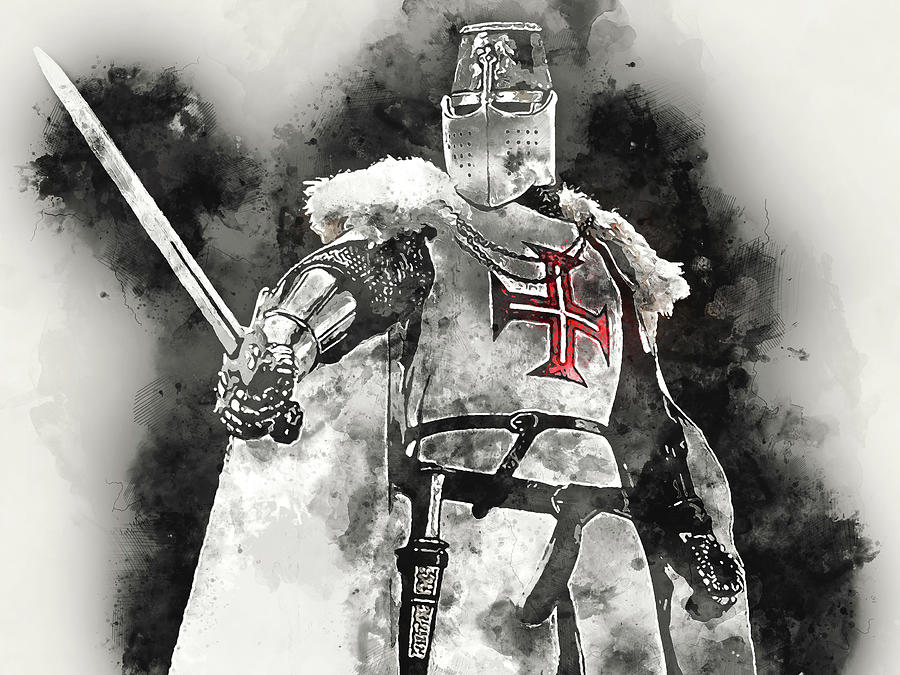 An artwork inspired by a knight of one of the most important religious and military orders in history, that of the Templars. The Knights Templar have become famous during the centuries of their existence, leaving a mark in history that still survives strongly today. The birth of the order is located in the Holy Land at the center of the wars between Christian and Islamic forces that broke out after the first crusade launched in 1096. At that time the streets of the Holy Land were traveled by pilgrims from all over Europe, who were often assaulted and plundered. To defend the holy places and the pilgrims, several religious orders were born. Around 1118-1119 a handful of knights decided to found the original nucleus of the Templar order, giving themselves the task of ensuring the safety of the numerous European pilgrims who continued to visit Jerusalem. The wealth of the Order allowed its soldiers to have the best weapons possible for the time, which made these soldiers fearful even for a general like Saladin. Here in the image you can see a jack in battle suit with heavy armor, long sword and full iron helmet.